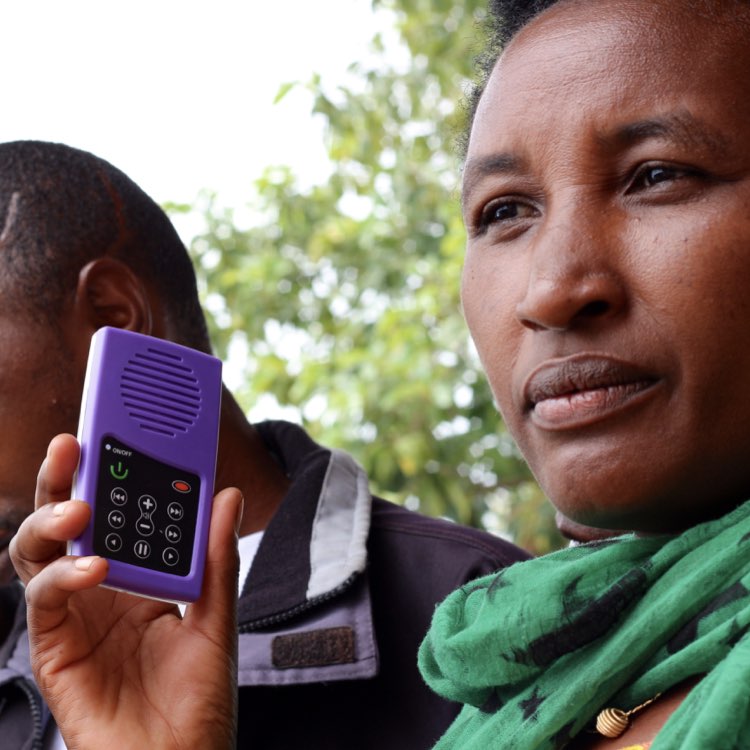 Mental health is the blind spot in the development cooperation. WHO studies indicate that mental and neurological disorders are the most common cause of diseases and disabilities worldwide. However, this topic is still completely neglected by the majority of aid projects in favour of other priorities.

According to the WHO industrialized countries are investing an average of 5% of their total health expenditures in mental health. In developing and emerging countries this number is partially below 1 %. These countries do not consider mental health care a priority and, thus, do not finance it sufficiently. As a result, trained specialists are rare in these countries. Especially for people living in poverty or far away from urban centers there are consequently no or almost no appropriate aids. As a general rule, many mental diseases (e.g. depressions) in most of these countries are therefore not at all identified or treated as a disease.

In Rwanda the situation is particularly dramatic due to the genocide of 1994. According to studies, 94% of the population suffered at least a trauma during the genocide (because they witnessed the murdering of a family member for example or the destruction of their property). Due to these experiences, traumatic stress symptoms caused by the genocide are still widespread. In random samples, the rates of PTSD (posttraumatic stress disorders) are between 25% and 46%, of clinical depression between 15% and 46% and of anxiety disorders even up to 59%.

The gap between the need for and the offering of psychiatric and psychosocial support measures in Rwanda is still much too large even though almost 25 years have passed since the genocide. For this reason, there is an urgent need for the preferably quick provision of support measures ideally effective over a wide area that are at the same time also cheap, easily accessible and to be implemented flexibly.

Research shows that in case of mental problems such as depressions and anxiety orders low-threshold psychological interventions such as moderated self-help groups can achieve successes almost comparable to classic (individual) psychotherapy. Such interventions usually focus on imparting self-management skills to the persons concerned, activating internal mental resources and strengthening health competences in line with the idea of salutogenesis. Generally, they are conceived as transdiagnostic short-term interventions. For their implementation no highly-specialized psychiatric staff is needed.

In the industrialized countries, especially technology-supported approaches from the fields of self-help and e-health („digital therapy“) have increasingly been introduced and tested for efficiency over the last few years. There is growing evidence of the excellent efficiency of these approaches in treating people suffering from stress, depressions and anxiety disorders. Recent data indicate that they can be as efficient as one-to-one care by professionals; even in case of severe disorders.

Such technology-supported, low-threshold psychological interventions are particularly suitable for settings in emerging and developing countries such as the setting existing in Rwanda: Requiring few (personal and financial) resources they become much more scalable. The increasing availability of internet and mobile communication technologies contributes decisively to this end, mainly in regions with a prevalence of mental problems, while access to structure- and staff-intensive psychiatric services is difficult or even impossible for most people. In these cases, mobile technology could play a major part in drastically reducing the shortage, inequality and inefficiency of the current psychiatric care and in, if not closing, at least shrinking the care gap significantly.

Since 2017, Pfalzklinikum Klingenmünster has closely worked together with Caraes-Ndera Hospital in Kigali, Rwanda, regarding mental health. As part of the cooperation the foundation of self-help groups in Rwanda is supported in order to reduce the number and duration of in-patient stays of mentally-ill persons and strengthen the health competence of the local people in general.

URIDU has developed and promoted a concept of accessible audio learning in the last three years. Expert-developed contents on relevant topics are recorded on rugged, solar-powered MP3 players (Audiopedia players) in the mother tongue of the women addressed and distributed to them in cooperation with local organizations. The players work even under adverse environmental conditions and are completely independent of electric power supply due to their built-in solar cell. The audio contents consist of more than 400 easily comprehensible questions and answers regarding health (physical and mental), nutrition, family planning, child care, conflict management, work and more. All contents were carefully developed by experts and translated into the respective national languages by thousands of volunteers. Project-specifically they are supplemented, if necessary, with additional locally relevant contents.

The Audiopedia player was conceived for the use in small groups (10 - 12 persons) and has a built-in loudspeaker. If required, the player can also be connected to an external loudspeaker and be used without problems in much larger groups. In several pilot projects (among others in Tanzania, Uganda and in the Congo) the approach was successfully implemented. The player is ideally suited to provide a self-help group with contents, trigger discussions between the participants and foster the exchange of information on specific topics. After a short introduction it can be handled very easily. Therefore, it is not necessary to continuously support the group by specialists during the reception of the contents. The staff deployment in the project can, thus, be minimized. There is also maximum flexibility in terms of space because the player works everywhere. The contents on the players cannot be modified by the end users. This obviates the risk of theft or misuse of the players since they cannot be used for purposes other than those intended.

As part of a joint project between Pfalzklinikum Klingenmünster and URIDU the Audiopedia players shall be used in 2019 in the already existing self-help groups of the grassroot organisation OPROMAMER under the expert leadership of the Caraes-Ndera Hospital.

Based on the explanatory model below URIDU developed a three-level intervention to prevent depressions among women in rural areas. The three levels are (1) health information, (2) life skills & resilience and (3) self-esteem & strengthening. In cooperation with the experts from Caraes-Ndera Hospital the approach shall be locally checked on and adjusted to the local circumstances and needs and, where necessary, supplemented with further contents concerning mental health.

The project aims at evaluating the efficacy of a technology-supported, low-threshold psychological intervention to improve the mental health of the participants of self-help groups. From the start, process and methodology shall ideally be designed in such a way that they can also be reproduced easily in other rural areas in Rwanda. Hence the project also follows the three recommendations given in the study carried out by Bockting et al. (2016) on closing the existing care gap in mental health in developing and emerging countries:

Upon completion of the pilot project the results of the evaluation shall be presented to interested organisations (governmental and non-governmental organisations) and institutions during a project presentation and possible perspectives shall be discussed.

Based on the available contents of Audiopedia and in direct cooperation with the local project partners on site (professionals from OPROMAMER and the Caraes-Ndera Hospital) a collection of contents optimally adjusted to the local circumstances is put together in English first for the presentation in the OPROMAMER self-help groups during a workshop held in Kigali for several days. The work focuses on the areas of positive self-management, resource activation and strengthening of personal health skills (particularly coping with stress). The main objective is prevention as well as the reduction of symptoms of depression and anxiety already existing among the participants of the self-help groups. The contents are purposefully structured in such a way that they convey helpful knowledge while particularly triggering and fostering the exchange and interaction among the participants in view of these topics.

Once created, all contents are translated into the local language, Kinyarwanda, and recorded as audio files. The required number of Audiopedia players will be produced afterwards, with the contents already on them, and delivered to Kigali.

Following an appropriate training of the local stakeholders in handling the player, the players are distributed to the self-help groups. A continuous support of the groups by specially qualified staff is no longer necessary during the project duration. It suffices if one contact person per group is engaged as the person in charge of the respective player. At their regular group meetings, the groups listen to the contents recorded on the players and discuss them on their own initiative. During the project term  the groups’ responsible person continues to be in charge of the players. In case of possible inquiries or problems they can contact the OPROMAMER project managers.

Before and after the project, the base line and the end line of the success indicators stipulated in the evaluation concept to be established are measured for each group member.