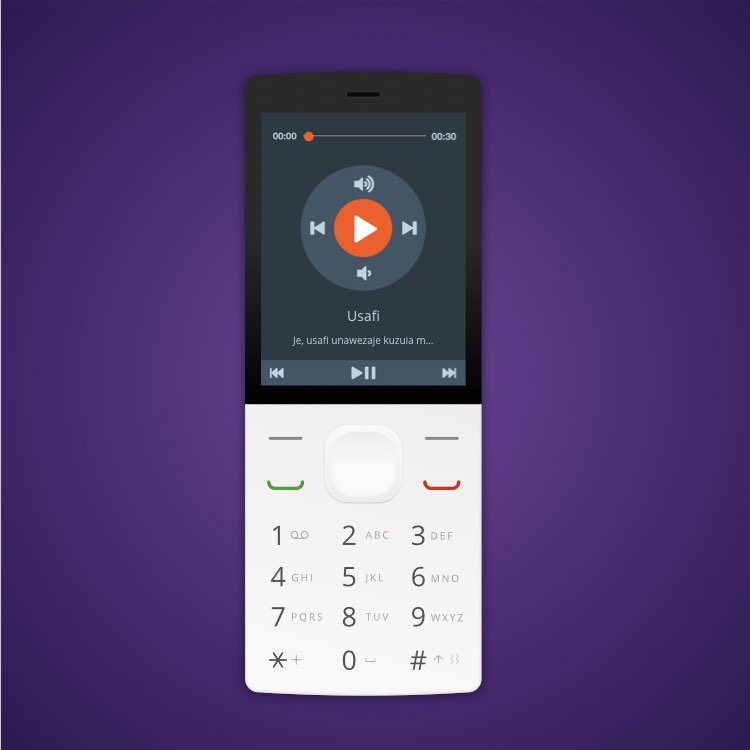 Basic cell phones, also known as feature phones still rule in developing countries. They are affordable, rugged and have a great battery life - which is important if you are not connected to the electric grid. And their simple user interface makes them attractive for people who are illiterate or semi-literate. Yet, the devices have obvious limitations: feature phones only contain the necessary technology for making and receiving calls. Most basic phones have no internet access and no camera.

Smart feature phones are about to change this. While the devices don't offer the same functionality as their bigger and more expensive smart phone counterparts, they offer users some benefits in addition to the basic calling and texting. Smart feature phones give users access to many apps, which may include YouTube, Facebook, and WhatsApp. They provide basic internet connectivity, WiFi access and even geolocation using a simple interface with physical keys and non-touch screens.

KaiOS Technologies is the company behind the smart feature phone revolution. Its flagship product, KaiOS, is the leading mobile operating system for smart feature phones with more than 100 million devices shipped in over 100 countries. KaiOS mission is to open up new possibilities for individuals, organizations, and societies by bringing mobile connectivity to the billions of people without internet in emerging markets, as well as providing those in established markets with an alternative to smartphones.

Smart feature phones are a complete new and very promising way of making our educational audio contents accessible for "the forgotten billion". They represent an entirely new category of devices that have the power to guide the more than two billion feature phone users toward more advanced, efficient technology. This is why we are bringing an adapted version of the Audiopedia App to KaiOS feature phones using an intuitive audiobook player software and keypad navigation.